Minesite productivity service provider MaxMine is pleased to announce the official launch of ‘MaxMine Carbon’, a technology offering which will enable mining operators to reduce their carbon emissions by more than 10 per cent for no, or limited, additional capital expenditure.

The MaxMine Carbon offering was unveiled on Friday at the annual Rotto Tech Fest, as part of the West Tech Fest, held on Rottnest Island in Western Australia.

MaxMine Carbon is a mining productivity tool which captures, processes, and analyses vast amounts of data, then translates that data into pragmatic solutions for clients that deliver significant carbon emissions reductions and productivity gains at open-pit mining operations, specifically in load and haul operations.

During extensive trials of MaxMine Carbon at various open pit mining operations, miners were able to accomplish an average minimum carbon emissions reduction of 10 per cent within just one month.

This is the equivalent to replacing more than four trucks in a fleet of 40, with zero-emissions vehicles, for zero capital expenditure.

Furthermore, miners experienced an average payload increase of 7 per cent at the operations where the MaxMine Carbon beta product was implemented.

This additional production output, whilst utilising the same resources, also translates into significant cost savings and efficiencies for the mine site operators.

In fact, from a client perspective, MaxMine Carbon is on average expected to pay for itself in just 12 weeks from fuel savings alone; and coupled with the broader MaxMine suite this figure drops to six weeks

“Emerging renewable energy solutions for miners that are commercially viable remain at least 5 to 10 years away, but many mining operators have emissions reductions targets to meet in the short term and medium term,” Mr Du Plessis said.

“This is where MaxMine comes in, as a revolutionary technology offering that can overcome this challenge by empowering miners to reduce their carbon emissions right now and also potentially boost their bottom line.

“It also enables miners to quantify their carbon emissions reductions.

The launch of MaxMine Carbon coincides with MaxMine being crowned as one of the winners at the Extreme Tech Challenge (XTC) Australia last week for its data analytics proficiency and work on MaxMine Carbon. MaxMine will now compete at the international XTC competition in San Francisco in June 2022.

Since its inception in 2015 in Adelaide, MaxMine has grown exponentially from five to 50 people, and expanded its corporate presence to also encompass Perth, Brisbane and Sydney in Australia, as well as Pretoria and Cape Town in South Africa, with further international expansion planned.

Over the past five years MaxMine has achieved revenue growth of between 70 per cent and 100 per cent annually.

“The demand for tangible solutions for miners to meet ESG criteria is growing by the day, with the cost of capital for miners with the lowest ESG scores up 20 to 25 per cent higher than those with high ESG scores1, so we anticipate strong uptake of our new product,” Mr Du Plessis said. 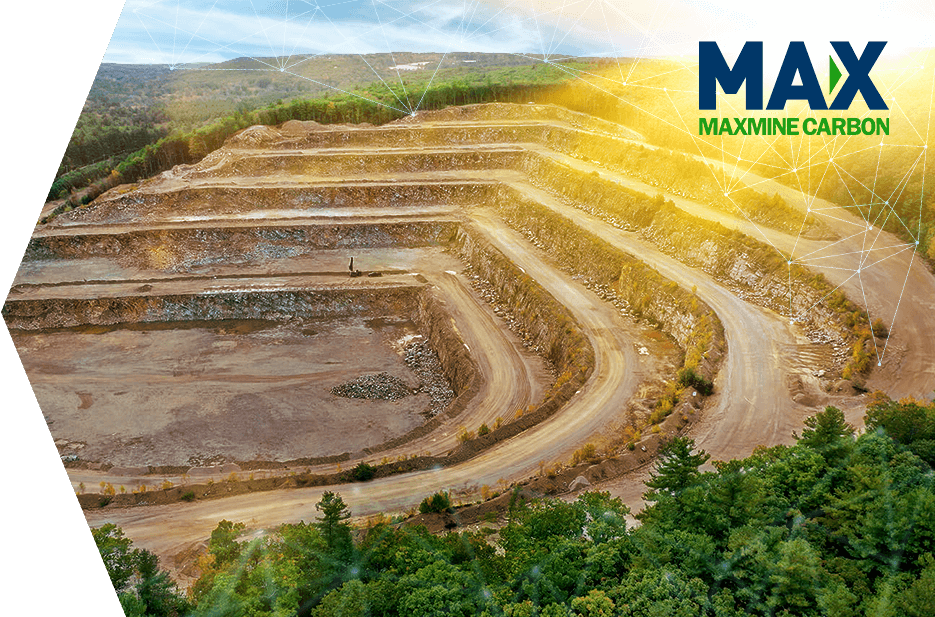