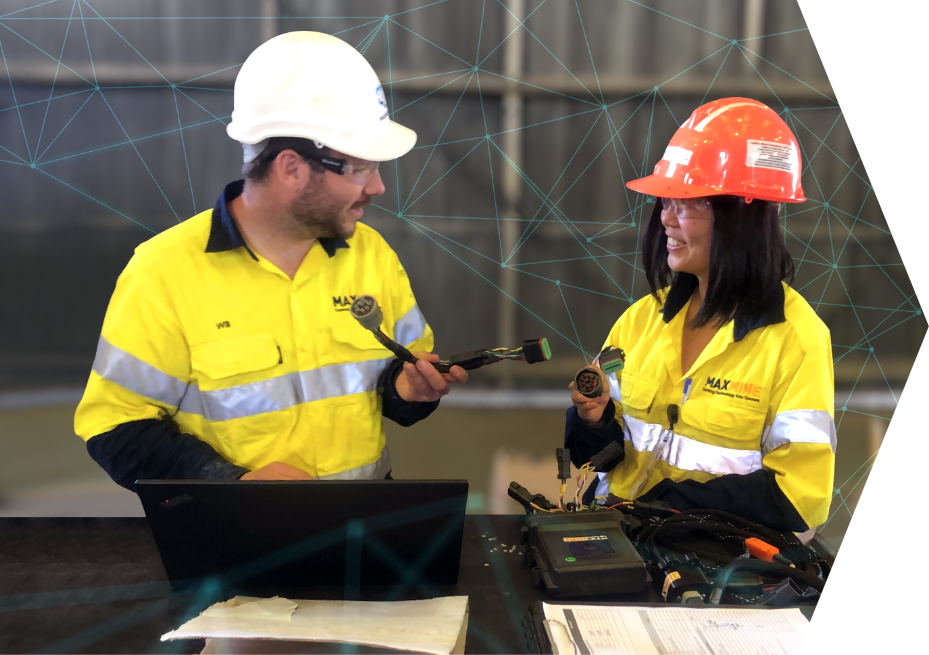 Please contact one of our team members direct or feel free to send us a message and we’ll be in touch shortly.

Our client, a Gold mine in Western Australia operated by a large multinational miner, was suffering from a high degree of variation in haul truck payloads across the operation. This resulted in lower than target average payloads and lower total material movement, while still triggering a number of overloading events, which impacted not only the health of the trucks themselves, but also their productivity.

Together with the site engineers and maintenance team, MaxMine was able to complete an “optimal payload” study for the site, which indicated that the site’s payload target could be increased significantly. However, to prevent an increase in the frequency of overload events, we first rolled out MaxMine’s operator scoring metrics for the shovel operators. MaxMine automatically and objectively measures each operator on their conformance to payload targets (both over and underloads) as well as loading bias and loading time. This helped to reduce the payload variation between loads and allowed the site to increase payload targets. Once variation was suitably controlled, we worked with the site team and the OEM to further increase payload targets in line with the optimal payload study results. 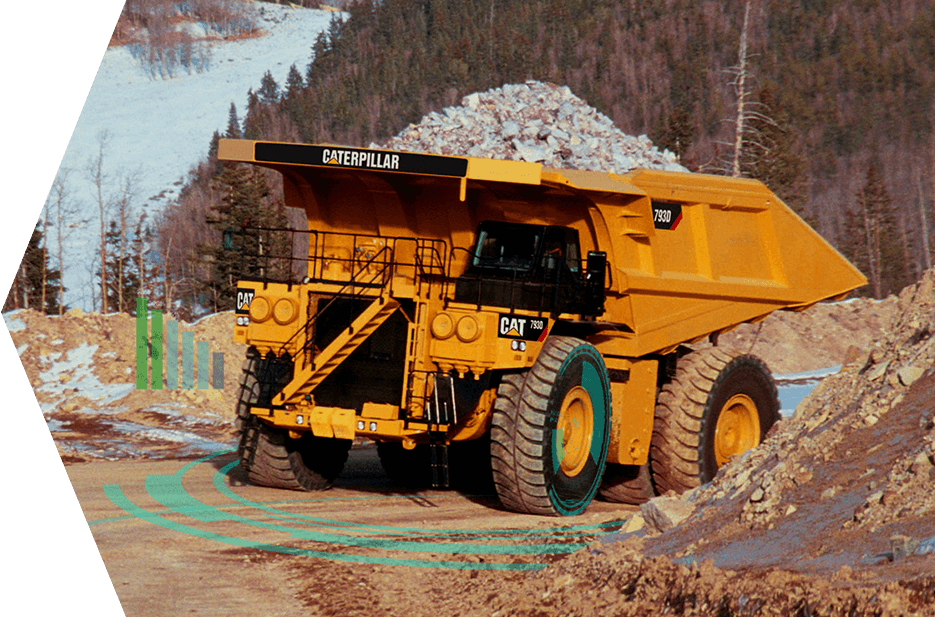 A client was exceeding their budgeted engine hours while not achieving target tonnes hauled. Pursuant to this, an in-field observation suggested that queuing was occurring, however, data from the fleet management system could not substantiate this observation. Management suspected that dispatch operators were manipulating their KPI’s by manually changing delay codes (queuing) to standby codes (waiting by shovel).

MaxMine began by automatically distributing customised dashboards to make the magnitude of the queuing problem visible to all stakeholders. Parallel to this, MaxMine coaches were deployed to aid the client in improving how queue times are managed during normal operations. The coaches reviewed and updated standby and delay codes to improve efficiency with which the fleet management system allocates trucks. To ensure long term sustainability the dispatch team were trained as to how to manage queue times during the shift. With MaxMine’s implementation and changes the client was provided with a single version of the truth, thereby eliminating the loophole to manipulate KPIs. 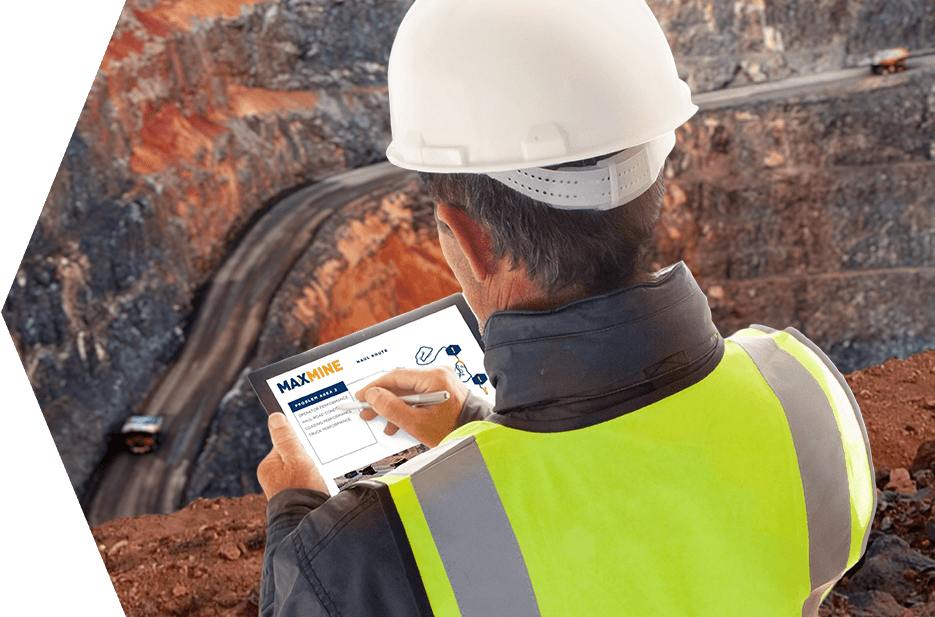 One of our clients, a large open pit gold and copper mine, was suffering from high variation between haul truck operator average haul speeds. This was being driven largely by operator behaviour due to a lack of a consistent and objective metrics to measure and manage individual operator performance. This not only caused higher average cycle times, but also caused bunching within the circuits.

Our trusted and unique methodology helped to significantly reduced variation in operator performance. In conjunction with management, our dedicated site coach helped our client communicate the new way of measuring performance to the operating crews to make sure that they all had a solid grasp of what they needed to do to achieve their targets. Our performance management approach is grounded by organisational psychology principles, and MaxMine’s operator efficiency metric epitomises this. It was deployed to automatically and objectively measure, compare and improve individual operator performance. Operators were able to view their own performance scores against those of their peers via wallboards installed in the crib rooms, displayed in a league table format to gamify the results. Subsequent further data analytics available to each supervisor and each operator allowed for targeted operator performance insight to manage gear selection, throttle and retarder usage. 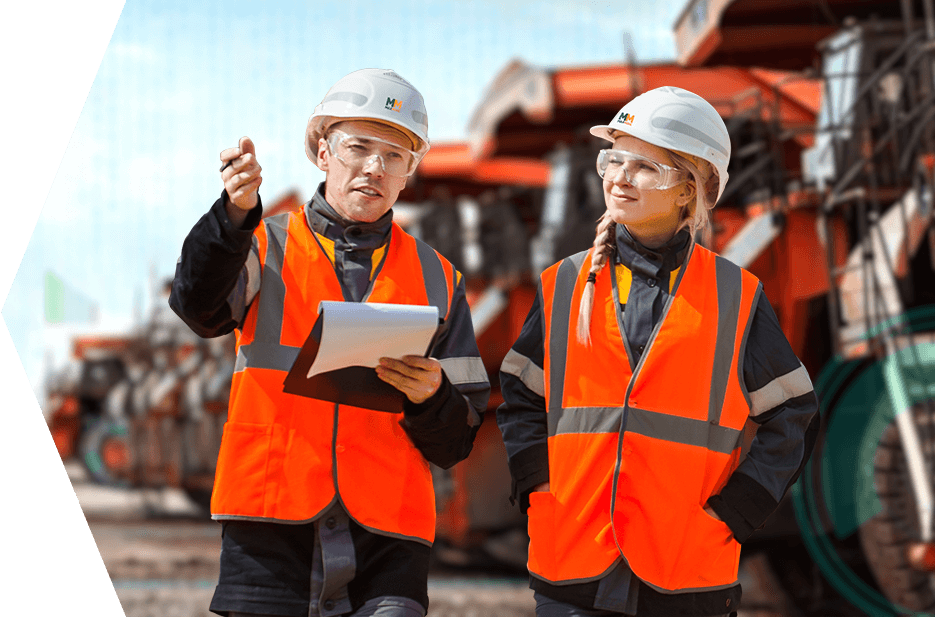 Fixing An Under-Performing Truck Of 2 Years

A tier 1 mining site partnered with MaxMine to deliver the next level of operational efficiency desired. Truck ‘DT06’ was on average 1.8kph (or 1 minute per cycle) slower than the rest of fleet up inclines. Following multiple unsuccessful maintenance interventions, it was decided to park the truck for backlog maintenance work.

With backlog work completed DT06 was sent back into operations. Using MaxMine’s equipment health diagnostic dashboard, the MaxMine team immediately reported that DT06s performance had not improved despite maintenance reports indicating otherwise. Our dashboard mostly agreed with in-field test results except for the fuel flow which was 60lph less than the remainder of the fleet at 1750rpm. Due to a higher data resolution, MaxMine was the key enabler for both the maintenance and production teams to agree DT06 remained an underperforming truck. 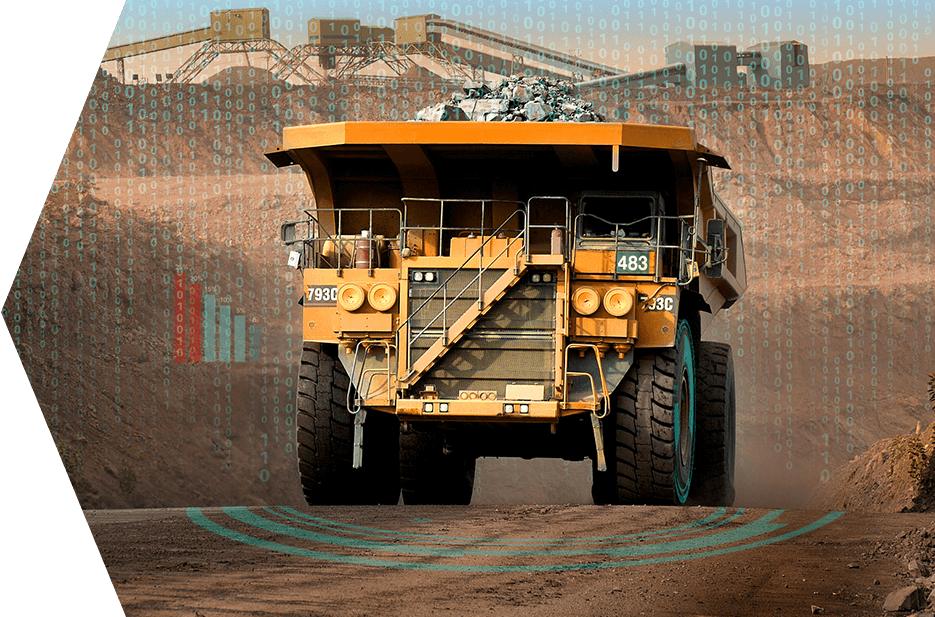 The engine of a fully laden Cat 793 stalled while travelling up an incline, remained stationary for 2.5 minutes and then rolled backwards reaching a maximum speed of 17.5 kph before hitting a windrow and coming to a stop. Thankfully no one was injured during this incident. Existing OEM/site diagnostic tools did not register any fault codes during the time that the incident occurred, nor did the machine produce any alerts. This created some confusion as to the root cause of the issue making it difficult to put measures in place to avoid similar incidents in future. Given the severity of incident the mine’s inspector had closed the operation down until they were able to demonstrate that the rest of the fleet were not prone to the same concerns.

Using our unique algorithms MaxMine engineers were able to produce a black-box style incident investigation report within 24 hours of us being notified of the incident. We successfully identified the root cause for the failure – a loose wire on the ECU causing intermittent fuel loss lasting a tenth of a second. 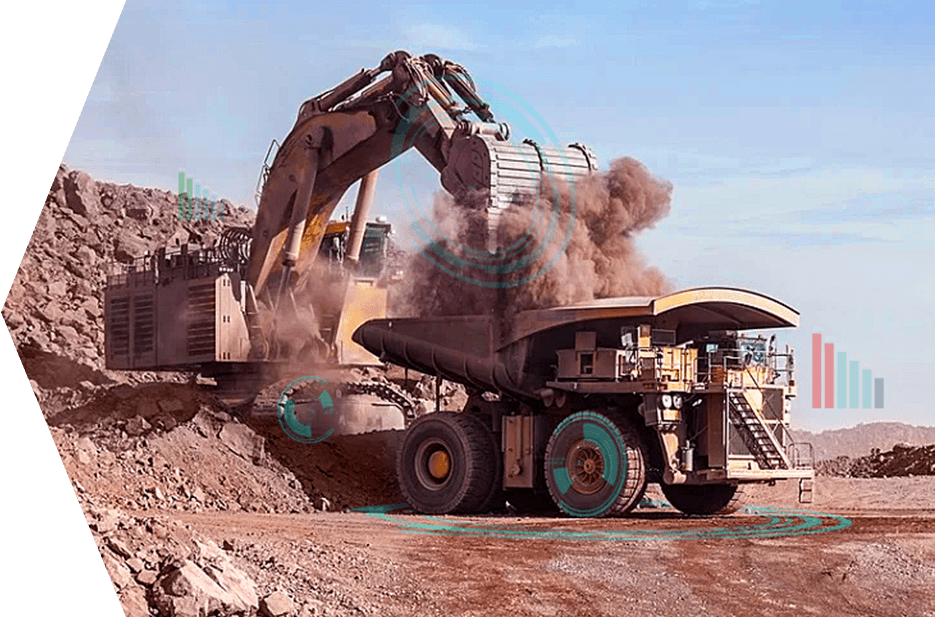 A fleet of 180 and 220 tonne trucks deployed in a large open pit gold mine began to experience very low tyre life. In turn, tyre cost per tonne soared which resulted in not only increased operational costs, but also a large amount of downtime caused by frequent tyre change outs.

Implementing MaxMine and our performance metrics to manage tyre life, such as cornering speed, resulted in on-site leadership and a MaxMine roll out team communicating goals to front-line supervisors who then communicated the goals to operational teams. Step by step coaching support was provided to ensure that improvement based behaviour was conveyed to teams. The feedback to crews and supervisors was automated and embedded as part of daily KPIs via the MaxMine interface by installing wall boards which displayed operator performance in terms of their cornering speeds in a league table to encourage healthy competition between operators as well as simply making scores visible to the crews on site. 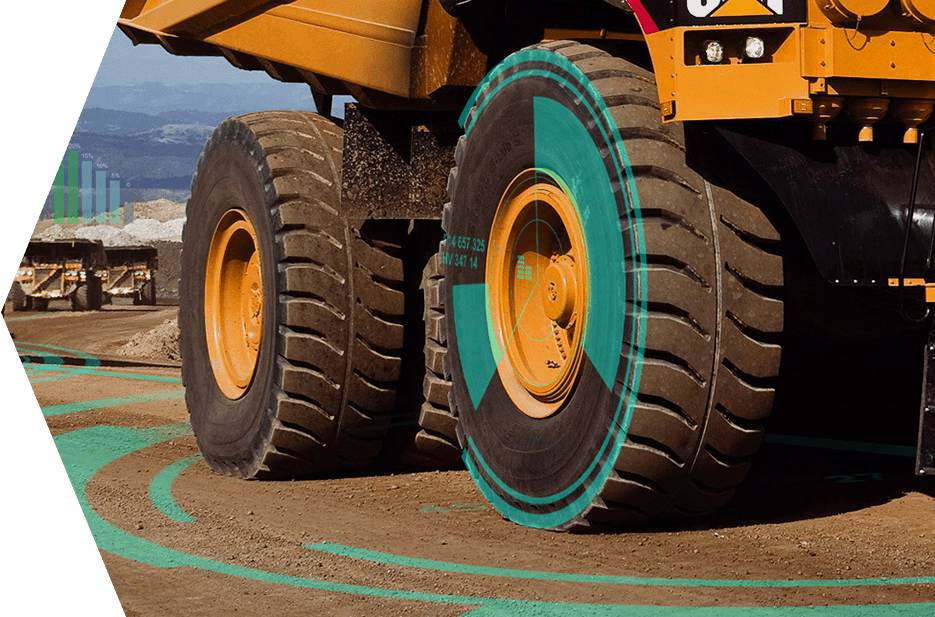 Focus on Suspension to Improve Availability

A large open pit coal mine began to experience frequent damage to truck frames. This damage lead to failures which in turn created significant amounts of downtime and expensive repairs. This also resulted in severely erroneous payload measurements by the trucks on-board weighing systems which rely on suspension strut pressure data, amount other metrics.

Following the implementation of MaxMine, it was determined that overcharged suspension cylinders were a root cause of these failures, specifically the incorrect recharging procedures. A dedicated crew of artisans and technical specialists recharged and reset ride heights along with re-calibrating payload measurements of all the machines in the fleet. MaxMine established mechanisms to remotely measure strut pressures before and after recharging and having analysed the data the correct procedure for recharging was formulated. 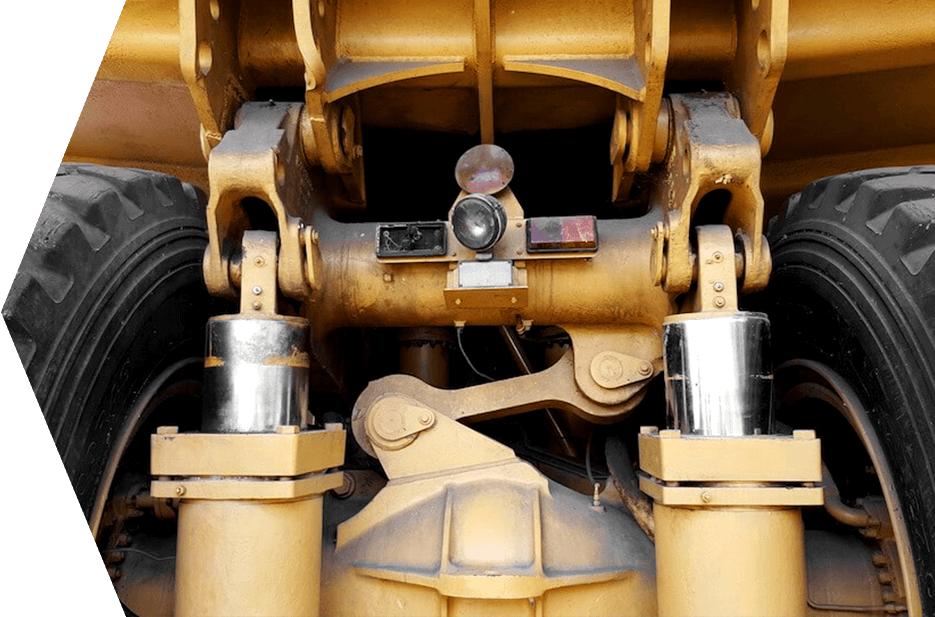 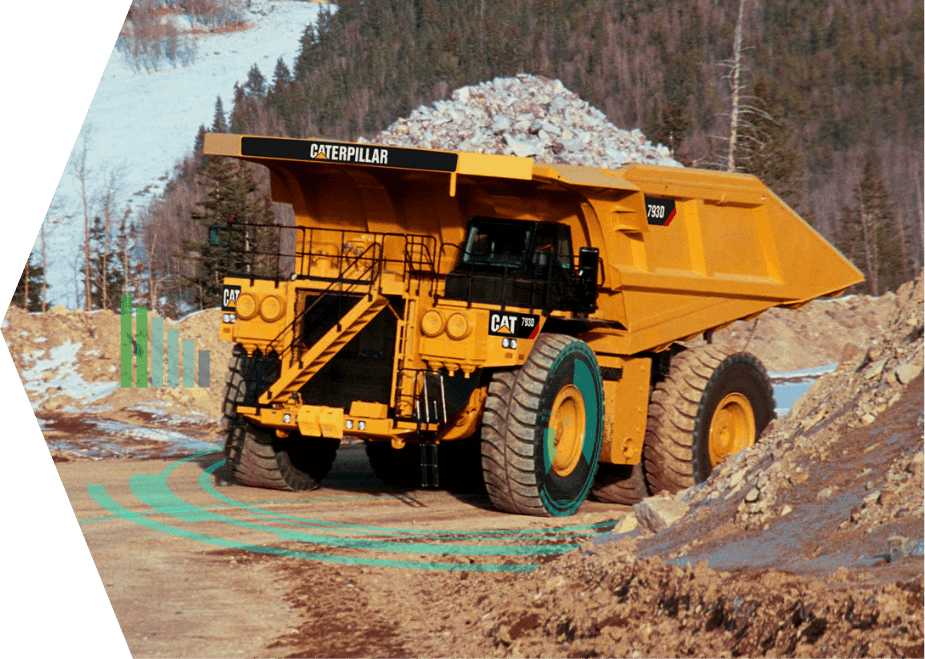